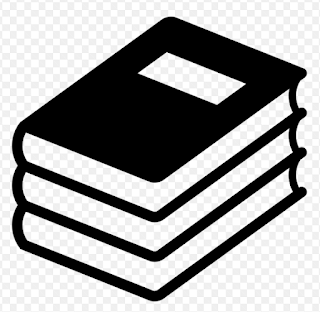 1.     The Smartest Investment Book You’ll Ever Read by Daniel R. Solin: Solid investment advice on how to use indexing to build a nice nest egg for retirement, including arguments against stock-picking and high-fee advisors.

2.    It’s Your Ship by Captain D. Michael Abrashoff: Exactly what you would expect from a leadership book from a career military officer who turned the USS Benfold from one of the worst to the Best Damn Ship in the Navy within 2 years, while also inspiring his crew to take ownership of their performance and futures.

3.    The 4-Hour Body by Tim Ferriss: Another life hack book from the life hack master. Ferriss lays out the secrets (hard work and discipline for the most part…surprise!) for building your best body. My son and I followed his 28-day replicate of the infamous Colorado Experiment, with my son gaining – pounds of muscle and me putting a ½ inch on my arms at my age….

4.    The History of Money in America by Alexander del Mar: Excellent book that details not just the evolution of paper, coin and other forms of money in America, but the motivations behind its coming to be and the long-term impact of those decisions.

5.    Man Up by Bedros Keuilian: Leadership book from the founder and CEO of Fit Body Boot Camp. The ‘Immigrant Edge’ as he is known, cuts to the chase and provides direct, practical, and sometimes in-your-face advice about taking charge of your life in order to drive success in both your business ad personal life.

6.    Theodore Roosevelt by Theodore Roosevelt: Autobiography of a man’s man that should be required reading for any American. Too many great quotes and principles to live by to list, so continue to check my blog. I love this guy and his kind is a thing of the past. It’s sad that we don’t have someone of his ilk around today on either side of the aisle to lead this country through the multiple crises we are dealing with. I’ve said before that I cannot stand our two party system and I find it interesting to know that two men ranked at the top of the ‘All-Time Favorite Presidents’ list (Theodore and Franklin Roosevelt) were both ideologically opposed to the parties they ran and served under as president. Theodore, as a Republican broke up major trusts, created national parks and won the Noble Peace Prize for ending the war between Russia and Japan, and FDR knew that the majority of his policies as a Democrat were decimating his wealth (his biography was titled ‘A Traitor to His Class’ ) and was actually disappointed when he won a 4th term in office.

7.    Future Shock by Alvin Toffler: Written 50 years ago (1970), this books speaks to the trauma brought on by fast-paced change and suggested actions to get ahead of this issue before transience, diversity and novelty overwhelm our ability to cope with day-to-day life in the age of technology.

8. What Motivates Me by Adrian Gostick and Chester Elton: Excellent book that not only helps one understand his or herself, but also those on your team. Very thought-provoking read that I will attempt to use to help motivate those around me based on their personality types.

9.  Mastering Creativity by James Clear: Short, insightful read on some best practices to increase your throughput in all areas by getting started, having a plan and not being afraid to fail.

10.  The Way of Liberation by Adyashanti: A great reminder that we create the vast majority of our problems, and, our thoughts on reality aren’t reality. We should accept life (and people) for what it/they are and not be so judgmental of everything, including ourselves. Then, and only then, can we make progress. Deal with each challenge honesty and look at life as it is, not as we wish it to be.

12. The Encore Career Handbook by Marci Alboher: Comprehensive guidebook for anyone looking for ideas on work for the next phase of life. Contains detailed perspectives and insight from those who have already been successful in determining how to use previous experiences to add value to both your personal life and community.

JRobi
The Twisted Gardener is a hodgepodge collection of thoughts on gardening, physical fitness, personal finance and all things life. Disclaimer: The information contained in this blog is for entertainment purposes only and should not be viewed as recommendations or advice. I am an expert at nothing and the majority of my posts are either quotes, rambling thoughts or personal experiments resulting from my own studies and based on my age, goals and life experiences. If you desire workout, diet, gardening or personal finance advice, please consult a real expert.